When Are Some Fatalities More Newsworthy Than Others? 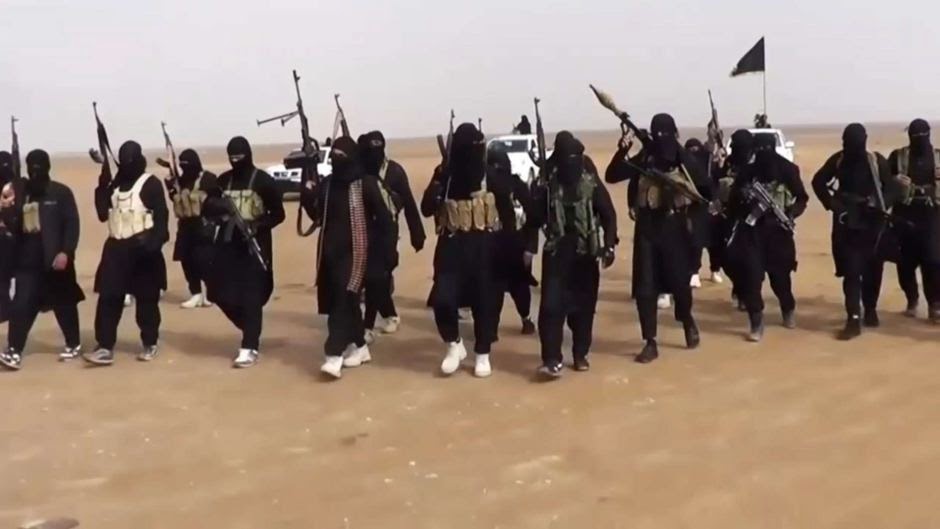 In the last few weeks major media outlets have, between them, broadcast thousands upon thousands of hours of footage of the Gaza conflict. Yet coverage of the Syrian civil war, a far more bloody and destructive conflict, has been far less forthcoming. This would appear to be somewhat disproportionate given how last week roughly the same number of people (1,700) were killed in Syria as throughout the entire four-week Gaza war.

The Islamic State terror (a.k.a ISIL/ISIS) is engaged in wholesale slaughter in the most brutal manner of Iraqis and now Kurds. Yet up until now there seems to have been only cursory media interest, which seems by and large to focus on what this means for the re-mapping of the region, rather than the very real horrors experienced first-hand by ordinary men, women and children. There has also been a notable silence on how radicalised protesters across Europe have openly waved ISIS flags at anti-Israel events. It seems hardly insignificant that some people living among us openly eulogise a terror organisation that regularly saws off people's heads and hands with kitchen knives, but if the media's (lack of) focus on the issue is anything to go by, it would appear this should not concern us unduly.

Last month, when thousands of Christians were ejected from Mosul, Iraq, by ISIS jihadis it barely raised a squeak in the news. Indeed, some Americans first learned of it on Facebook because of a notable absence of reports on the issue in mainstream media. Related to this exodus is the current, tenuous situation of the Yazidi religion, currently under siege from ISIS with many taking refuge on a mountain top (where people are right now dying of thirst). It seems strange that up to 50,000 Yazidis will almost certainly die if ISIS gets their hands on them, yet up until now these Iraqis seem to have fared only slightly better than their Christian neighbours in the media's grand scheme of things.

This page details various other conflicts currently taking place around the globe, resulting in thousands of fatalities. Yet many seem to receive slightly sparse media attention, for example civil wars and Islamist insurgencies in Nigeria, Afghanistan, post-war Libya, Sudan, Somalia (etc etc). Meanwhile it appears the ongoing Mexican drug war has resulted in cumulative deaths of up to 150,000, yet I can't remember last seeing a report on this. In eastern Ukraine a looming civil war has cost 1,100 lives in just a few weeks, but other than the tragic shooting down of an airliner and ensuing souring of Western-Russian relations there appears to be little media interest in civilian casualties.

So how does much of the mainstream media decide its allocation of resources? How does it decide which fatalities are more newsworthy than others?

Looking down the list of conflicts linked to above, it seems the media is not wholly driven by statistics. Consider how Gaza, which received all that 24-hour non-stop coverage, is quite far down the list of fatalities, regardless of whether measured accumulatively or in the last year or two. Indeed I was quite surprised to see how the Israeli-Palestinian conflict numbers 22,000 fatalities since 1948. Given the media's preoccupation with this conflict I had subconsciously assumed it was far, far higher. So when one considers the slaughterhouse which is Syria, one cannot help but conclude statistics are not what drive the media. After all, in 2014 the Syrian war has so far resulted in around 1,000 fatalities each week (things seem to have improved a little since the weekly average of 1,600 or so in 2013). If the media's fixation on fatalities was based solely on statistics one would, mathematically, expect three or so hours of media reporting on Syria for every hour of Gaza coverage.

Distance from a conflict doesn't seem to be the key driving factor for media coverage either. Both Gaza and Syria are roughly the same distance from Western Europe or the US, yet as already noted media interest in one is in stark contrast to the other. Elsewhere, Iraq is closer to the UK than Nigeria but I'm not convinced we hear about one much more than another (incidentally, fatalities in Iraq in the last two years are double - 15,000 - those of Nigeria, again indicating numbers do not seem to determine media allocation of resources). And what about the Ukraine? Closer than the other conflicts and also within Europe itself, one might expect it to be prioritised in some way by the media. Yet as noted already the bulk of media coverage, at least of civilian casualties, is almost non-existent. I won't even get into how it now seems to be emerging, now that the Hamas dead are being tallied, that Ukrainian civilian deaths outnumber those in Gaza.

Might religion be a factor which helps the media determine which lives are more worthy of airtime than others? It appears we might be on to something here. Note there has been so little media attention on the plight of Iraqi Christians (today, at last, seems to be the beginnings of an exception as ISIS expand further), with Yazidis faring only a little better. Now compare this with Israel's war against Islamist Hamas or the situation involving the Islamic Brotherhood in Egypt some time ago.

Alas, while the theory has potential there appears to be a slight complication, namely that as many Muslims died in Syria last week as in the entire Gaza conflict. In fact those killed in the Syrian civil war now number an astounding and utterly tragic 250,000. Yet these, the bulk of which are Muslim deaths, now receive very little attention from important segments of the media.

Of course, we could argue it is a combination of all these, as well as additional reasons, such as Western vested interests, the potential of conflicts to cause wider conflagrations, local politics, and so on. And that is without even getting into a discussion of the editorial policies and politics of different news networks, the political agendas of their financial backers, or the extent to which news outlets seek to reflect or shape public opinion in a consumerist quest for viewers.

Nonetheless, to the casual observer one cannot help but feel, somehow, that the media has a pecking order of whose suffering and deaths are more newsworthy than others. Middle East Christians, African Christians (indeed Africans more generally), and little-known ancient religious communities in the Middle East seem to be at the bottom of the pile. At the other end of the scale, the casual observer might be forgiven for concluding that much of the media lends more value to fatalities from and within the West and developed world than elsewhere Meanwhile, Muslim fatalities are somewhat of a conundrum, where Muslims killed by Muslims, whether in Sudan, Afghanistan, Somalia, Syria, etc seem to command little interest. Yet Muslims killed by Jews seems to be quite another matter.

Frankly, writing this piece has been a somewhat distasteful experience. After all, human life is precious and the loss of innocent lives is enormously tragic. That's why, given the media's recent obsession with "proportionality", it would be nice to see it practice what it preaches a little more consistently.
By Calvin L. Smith at 19:49